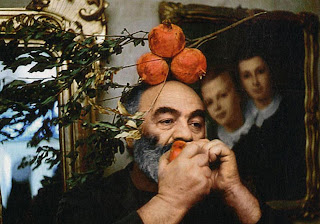 Sergei Parajanov is considered by many to be one of the most original and critically-acclaimed filmmakers of the 20th century,  he was talented, original and  intensely artistic and creative  director,  great film-maker. He is one of my favorite artists and I am constantly amazed his intense spirituality...He was born in Tbilisi, Georgia. He died of cancer in Yerevan, Armenia, on July 20, 1990, aged 66, leaving his final masterpiece The Confession unfinished. It survives in its original negative as Paradjanov: The Last Spring, assembled by his close friend Mikhail Vartanov in 1992. He left behind a book of memoirs, also titled "The Confession".
Such luminaries as Federico Fellini, Tonino Guerra, Francesco Rosi, Alberto Moravia, Giulietta Masina, Marcello Mastroianni and Bernardo Bertolucci were among those who publicly mourned his passing.
Sergei Parajanov's film; The Colour Of Pomegranates (1968)( Death of a Poet ).
The Colour Of Pomegranates is visually unique and stunning,  Parajanov in film  use of colour presented so many problems. . It is widely considered his masterpiece, as well as one of the most visually magnificent films in Cinema.  It's an experimental film, combined with it's age, would probably be enough to put off several people, but I'm sure hearing it described as one of the most visually remarkable films ever made would encourage most film buffs to seek it out. And I can assure you that if that is the case you will not be disappointed. However you must bear in mind, that there is little dialogue, and all sound effects are dubbed over in a most disorientating and rudimentary fashion, silent era style intertitles are used at times and certain phrases are repeated many times in a row.  This, added to the fact that camera never moves throughout the entire film, makes it inevitable that many viewers would be horribly bored by this film. The Colour Of Pomegranates tells of the Armenian poet Sayat Nova, but rather than employing a standard narrative driven tale in an attempt to explain the life and times of Sayat Nova, Parajanov instead portrays the poetic and spiritual sides to the man, and little else. It is not a biographical film. A fascinating view get into both Parajanov's imagination, as well as Sayat Nova's spiritual influences. Ultimately, this is such a unique film with such strikingly magnificent visuals  and this is one of the main reasons that this film succeeds ..
(Sergey Parajanov & Allen Ginsberg in Tbilisi, Georgia.). 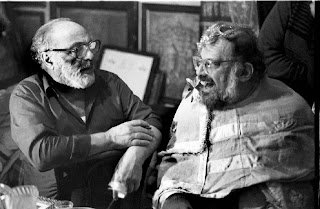 Sergei Parajanov deserves more and more recognition in the world of cinema .  Parajanov was at odds with his Soviet government. His mystical aesthetic did not follow any social realist doctrine. He was jailed numerous times on trumped up charges and his films were blacklisted. While in jail he made over 800 drawings and hundreds of collages and dolls. His health suffered and he died at 66 of lung cancer.  I  think  Sergei Parajanov was  an beat artist & film director in The USSR, and in Georgia..... 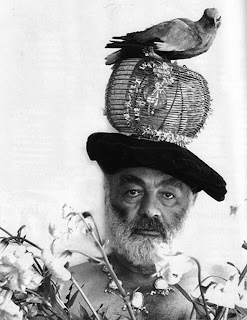 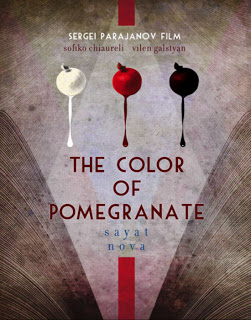 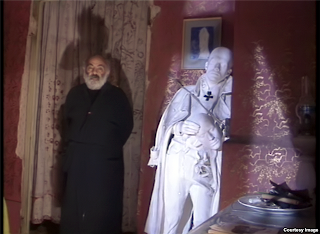 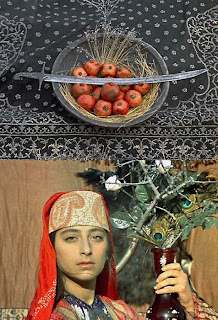 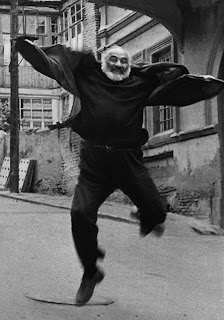 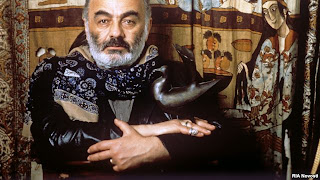 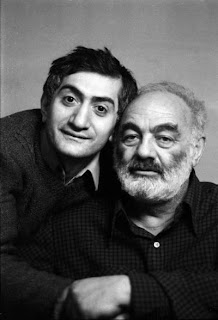 Georgian Actress Sofiko Chiaureli ( she was my neighbor, she had in home small theatre, and I used often spend night in theatre, in her home. K. S)) 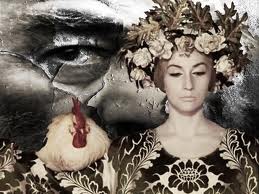 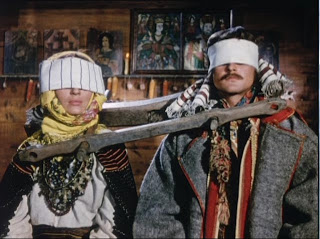 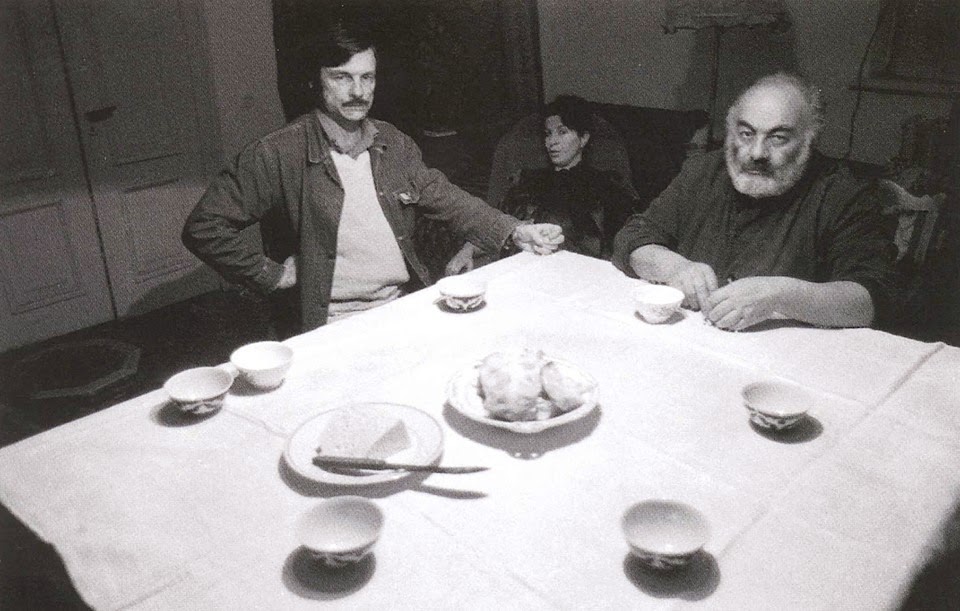